Just a quick drop in to see if anyone reads this blog?

If I have any readers out there, give me some love in the comments 🙂

Let me know if you have any topics you’d like to learn more about… and as always, please ASK ME ANY QUESTIONS! I am an open book and would love to share my life’s journey (with or without plants) with you! 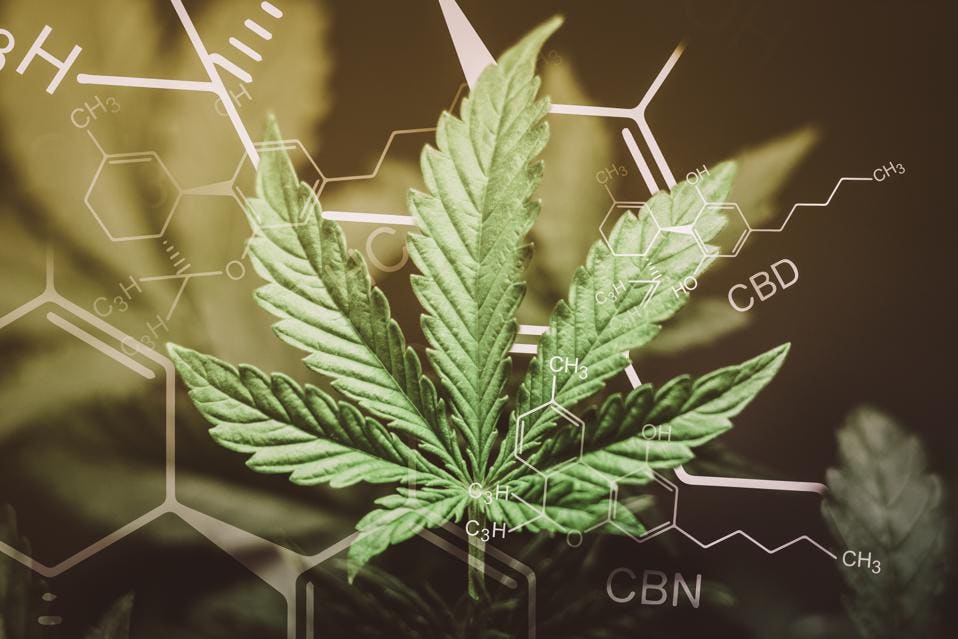 CBN occurs naturally in the cannabis plant as the plant ages. That’s because over time–and when heated or exposed to oxygen–the cannabinoid TCH converts to CBN. CBN can also be produced from THC that’s extracted from cannabis. People sometimes are uncertain about cannabis-derived supplements because of the impression that they all cause a mind-altering high. NEWSFLASH

After going down my educational rabbit hole, here are my TOP

reasons giving our CBN gummies a try might benefit your body… all while getting a good night’s sleep!

A new study by Salk scientists shows how CBN can protect nerve cells from oxidative damage, a major pathway to cell death. The findings, published online January 6, 2022, in the journal Free Radical Biology and Medicine, suggest CBN has the potential for treating age-related neurodegenerative diseases, like Alzheimer’s.

They further found that the CBN worked by protecting mitochondria, the cell’s powerhouses, within the neurons. In damaged cells, oxidation caused the mitochondria to curl up like donuts—a change that’s also been seen in aging cells taken from the brains of people with Alzheimer’s disease. Treating cells with CBN prevented the mitochondria from curling up and kept them functioning well.

According to research conducted by InMed Pharmaceuticals, CBN may be useful in treating eye conditions like glaucoma, which causes vision loss and blindness as it damages the optic nerve in the back of the eye. High eye pressure is associated with glaucoma, and lowering that pressure is a known way to slow the condition.

A 2019 study on rats found CBN—as well as CBD and a mix of the two cannabinoids—decreased muscle sensitization. The researchers suggest CBN could provide pain relief for chronic muscle pain disorders, such as temporomandibular disorders (pain in the jaw muscles, joints and nerves) and fibromyalgia (a condition that causes pain all over the body), but clinical studies have yet to test this theory.

CBN as a cancer fighter. There’s also some promising preliminary evidence that CBN may have direct cancer-fighting capabilities. Cannabinoids including CBN are being studied for their ability to slow or stop the growth and spread of cancer cells. CBN was one of several cannabinoids found to reduce tumor size in one form of lung cancer. 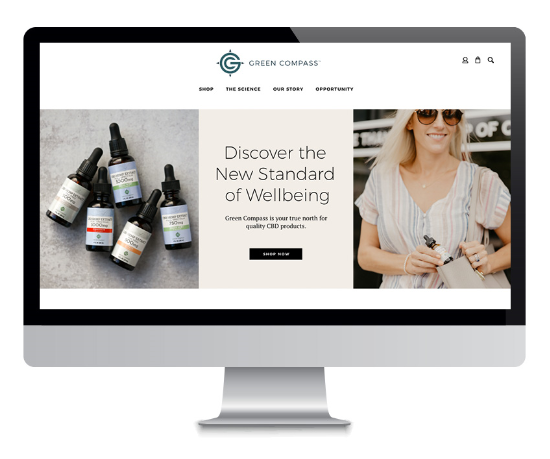 Q: How much money did I put in to my business to get it UP and running?
A: $299 – that was over $600 worth of products and I USED every single one of them.  You don’t have to use them, you can sell them off at COST and make back your money PLUS!
Q: How much product do I have to have on hand to sell?
A: ZERO. Just my own that I use and if I am going to an event or have something coming up where I can showcase my goodies, I stock up to have with me.
Q: What’s my overhead cost/expenses?
A: $9.99 a month for my website that is completely run by our awesome corporate team.  I literally have to do NOTHING!
Q: Am I profitable yet?
A: HECK YA! I was profitable in week 3!! That was June 2019 when the company first launched.
Q: What are my plans for expanding my product line, marketing, budgeting, shipping, inventory, research, farming, certifications, etc?
A: YO, I don’t do that! Someone else (our amazing corporate team again! ) does all that and I don’t pay for it out of my earnings.
There are 4 stages of growth that every network marketing company follows. Here is a great link to a short read too if you are on the fence about joining. Tony Robbins breaks it down in 4 Simple Steps!

If you hear about a company in the “startup” or “growth” phases, LUCKY YOU – Seriously.
You’re either going to see the opportunity and run with it…or you’re going to really start feeling that FOMO a couple years later in the “momentum” phase when everyone you know and everyone they know is using
the product already. And then the opportunity for that massive financial success is gone.

THE TIME IS NOW.
This is a $4 billion dollar industry projected to hit $47 billion in the next 3 years! 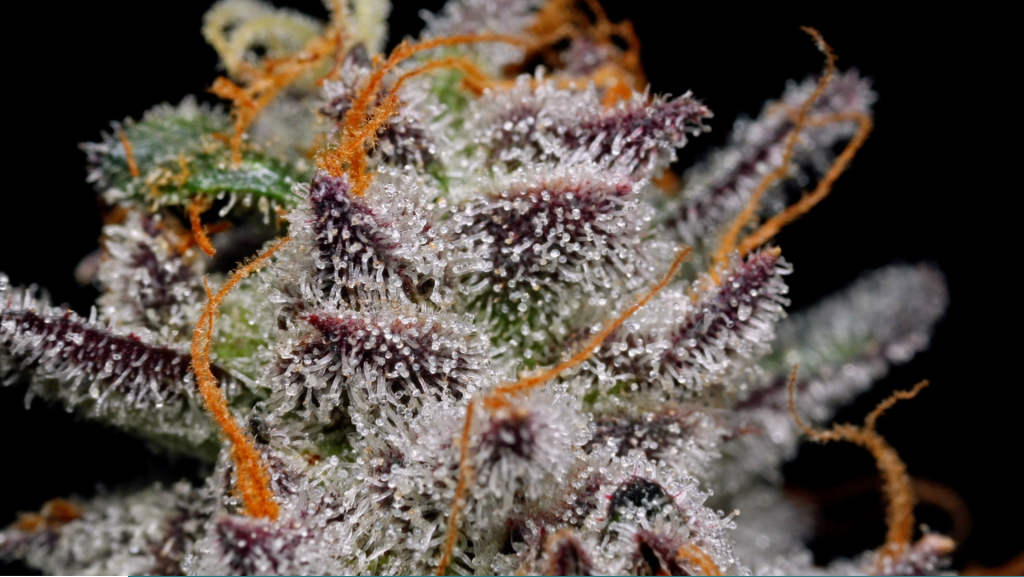 Terpenes are organic chemicals found in cannabis that give your flower her unique aroma and subtle taste. If you look closely at a bud, you’ll see tiny stalks with large bulbous gland heads. These are called trichomes. A trichome’s gland head is where cannabinoids and terpenoids are made—the therapeutic compounds exclusive to this amazing plant.

Cannabis researchers are studying how terpenes and other cannabinoids work together in an entourage effect to relieve pain, anxiety, depression, inflammation and other ailments.

WHY WORRY ABOUT TERPENES?

Like CBD, terpenes are not psychoactive. This means they won’t get you high but they might benefit your health.

Terpenes are often used as anti-inflammatories and analgesics (pain-relievers). Their advocates (it me!!)  say they can help with a wide range of health conditions, from anxiety to Alzheimer’s disease!

While terpenes are a component of most plants, they are almost always talked about in conjunction with marijuana as they are highly concentrated in the cannabis plant. There are over 20,000 terpenes altogether, over 100 of which are found in cannabis.

In nature, terpenes are a defense system to stop plants getting eaten by herbivores or damaged by high temperatures. They also attract pollinators such as bees.

For humans, different terpenes have different effects – including different health benefits. Each plant has a unique blend of terpenes. This is called its terpenes profile.

WHY ARE TERPENES IMPORTANT?

Terpenes are important for a number of reasons.

For people with health conditions and the medical marijuana industry, terpenes are important because as scientific knowledge about them increases, they can be used to create products that better target specific health disorders and diseases.

Scientists used to believe that smells had positive health benefits because your sense of smell is associated with areas of the brain that influence your mood.

But they now believe that terpenes act directly on brain cells. They think terpenes work by binding to receptors and neurotransmitters and imitating natural compounds in your body to regulate emotions, weight, health etc.

Scientists say that terpenes in cannabis enhance the effect of cannabinoids such as THC and CBD leading to increased therapeutic benefits. This is called the entourage effect.

In groundbreaking research published in 2011 in the British Journal of Pharmacology, neurologist Ethan Russo suggested that cannabinoids and terpenes work together to increase the effectiveness of each other. Cannabis Synergy and phytocannabinoid-terpenoid entourage effects

HOW TO BENEFIT FROM TERPENES

You already benefit from terpenes every day by eating plants rich in these compounds. You can also check the ingredients of essential oils, or like the Japanese, take a “forest-bath.” A 20- minute walk in a pine or conifer forest is enough to feel the benefit… Or you can buy UDSA organic certified TERPENES ONLY products HERE! 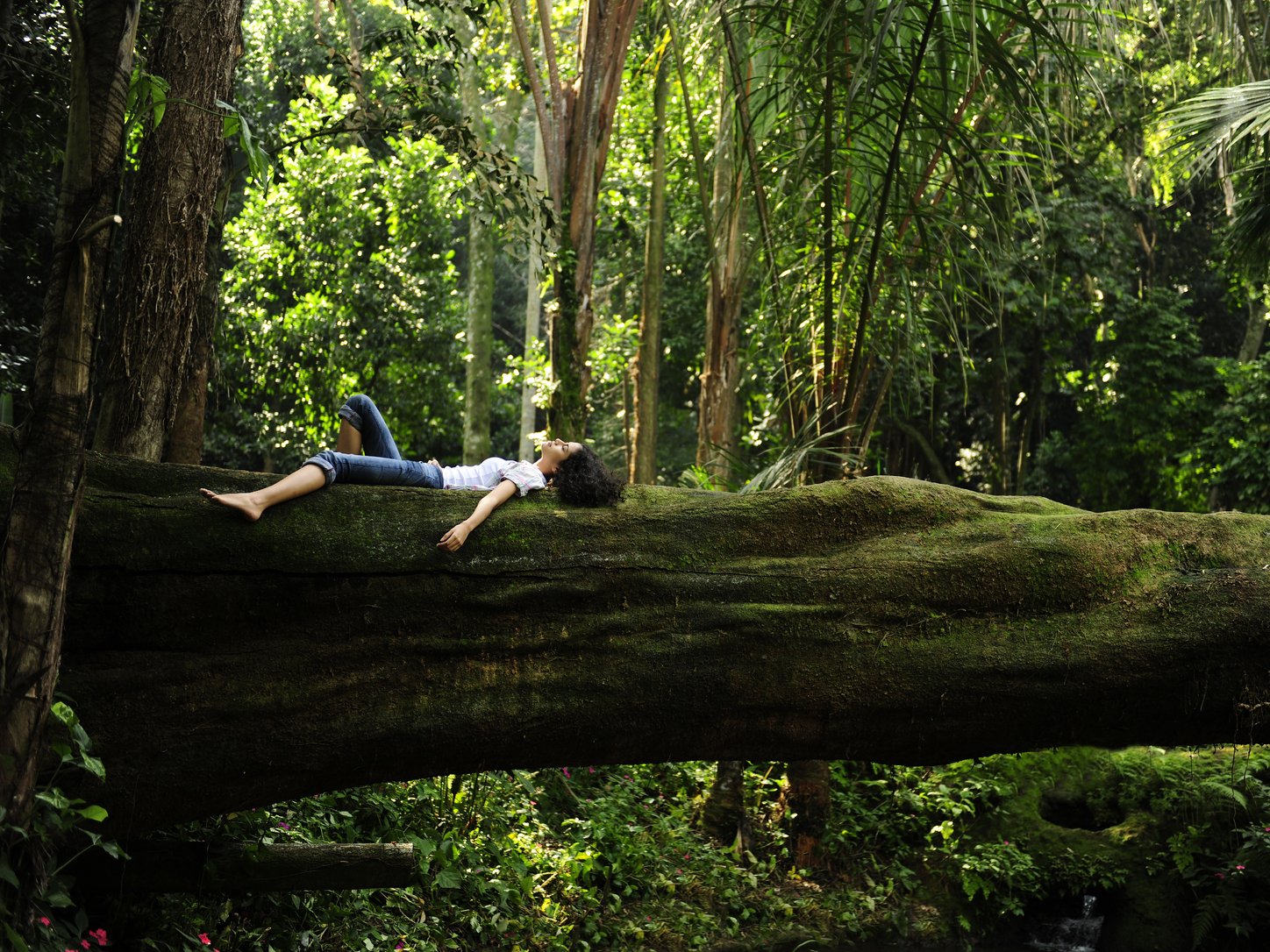 This is me saying get off your butt and start moving!!

Ooooo guess what! I started BURN Bootcamp six weeks ago, so I’ve been walking the talk y’all.  I have my first weigh in and measurement check this Friday… and I hope that my commitment to working out 4-5x a week at BURN, plus all the dietary changes… shows me some results! One of the best ways to enhance our Endocannabinoid System outside of using CBD or Phytocannabinoids (Delta 9/THC, CBDa, CBG, CBN, CBC ) are activities and enhancing foods.

Ever heard of runners high? Everyone thought it was endorphins but that is actually not true! That is your Endocannabinoid system. Research shows that endorphins do not pass the blood-brain barrier. That relaxed post-run feeling are instead due to endocannabinoids — biochemical substances similar to cannabis but naturally produced by the body. Exercise increases the levels of endocannabinoids in the bloodstream!

In a research study using trained male college students running on a treadmill or cycling on a stationary bike for 50 minutes at 70–80% of maximum heart rate, it found that exercise of moderate intensity dramatically increased concentrations of anandamide in blood plasma.  And guess what anandamide is? The bliss molecule. Ananda comes from Sanskrit and means joy or bliss. Not high…. It also means the highest state of the individual self.

Here are some healthy and natural ways you can boost your endocannabinoid system:

So there you have it. Science is once again telling you to get up and move. There is something for all of us and if you’re in pain or injured, let’s get you healed up so you can live you best life, okay? Okay!

MOVE IT! Exercise and the Endocannabinoid System

THE ENDOCANNABINOID SYSTEM & THE RUNNER’S HIGH

Whether you are a professional athlete, fitness enthusiast, or simply enjoy living an active lifestyle, you don’t need me to tell you that rigorous exercise can break down your muscles and joints. Sore.  Instead of taking pain pills after every vigorous workout (which can be harmful to your health), choose a natural option by using CBD oil and topicals for pain instead.

Dealing with pain — particularly chronic pain — impacts your quality of life, as well as your ability to perform in the gym, on the field, or at home. However, hemp oil products AKA CBD, have shown to reduce inflammation, manage pain, and help with anxiety.

If you are looking for a LEGIT and reasonably priced PAIN CREAM, I’ve got you covered.

I was using Green Compass REDUCE… until I came across Haygood Farms and their product line.  I instantly fell in love with their version of REDUCE and made the switch. Allow me to introduce you to  PLAY GOOD! 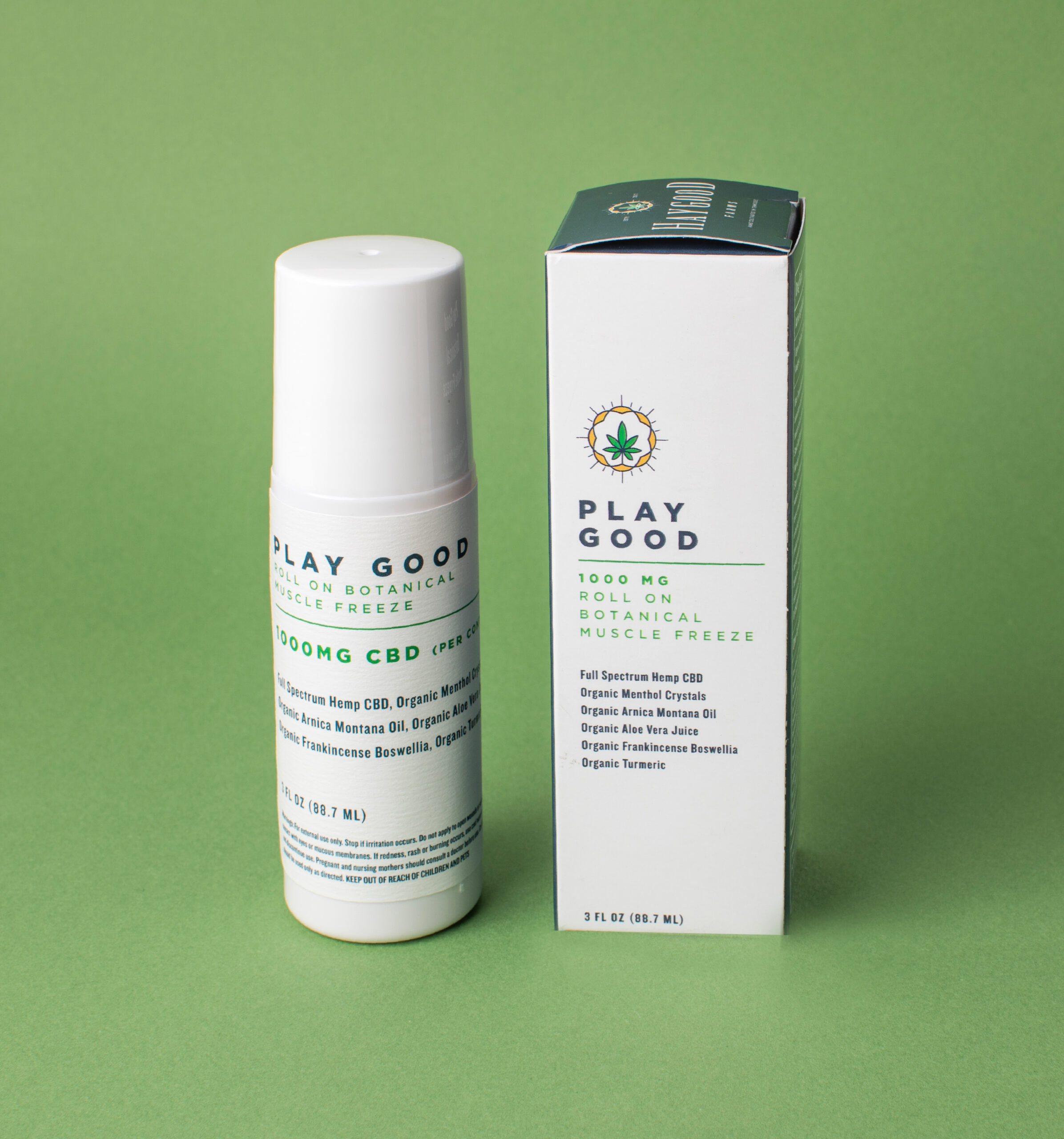 Cream that contains CBD, obviously, but here’s why it matters. A strong set of research suggests that CBD has a multitude of properties that can help relieve symptoms commonly experienced by athletes, active people as well as many others, such as:

How Does It Work?

Skin is the human body’s largest organ and there is a high concentration of cannabinoid receptors in the skin. This makes applying CBD cream for pain a very effective tool because it activates the endocannabinoid system through those receptors. As the CBD binds to those cannabinoid receptors in your epidermal and dermal skin, the results are an alleviation of pain and inflammation. CBD is very different from THC-based products as it does not have the psychoactive properties that get the user high or euphoric.

You may recognize some of these faces… 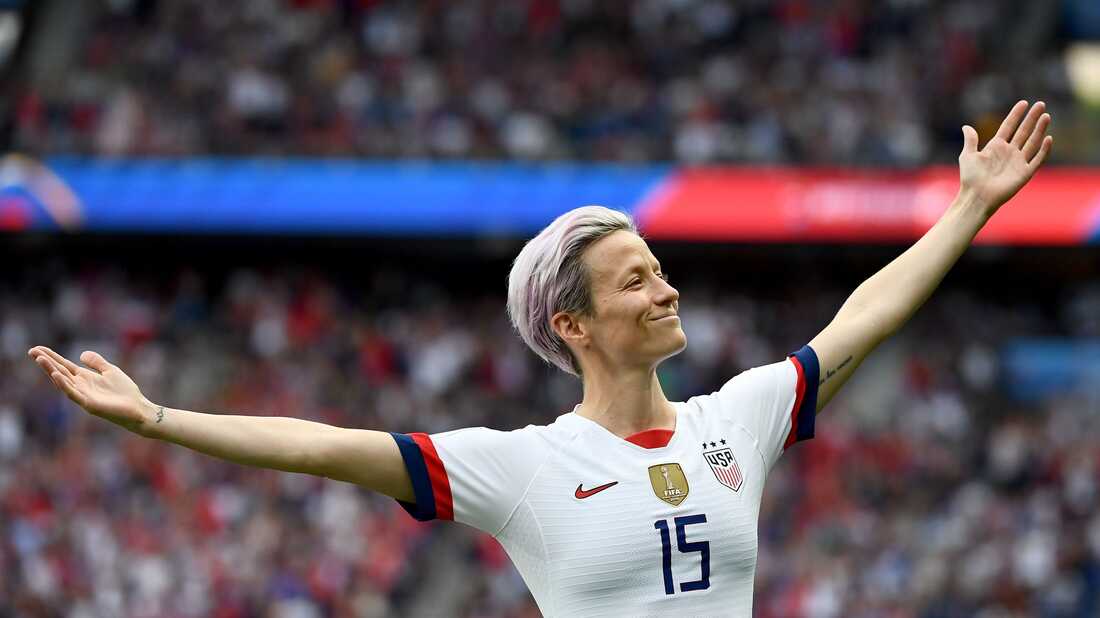 Women’s soccer legend Megan Rapinoe is a proponent of CBD for athletes. Rapinoe has spoken out to others about how CBD creams and oils have helped her heal faster and improve her performance.

NFL fans consider Rob Gronkowski a household name and he’s made no secret about his love for CBD cream for post-workout relief and injury recovery. 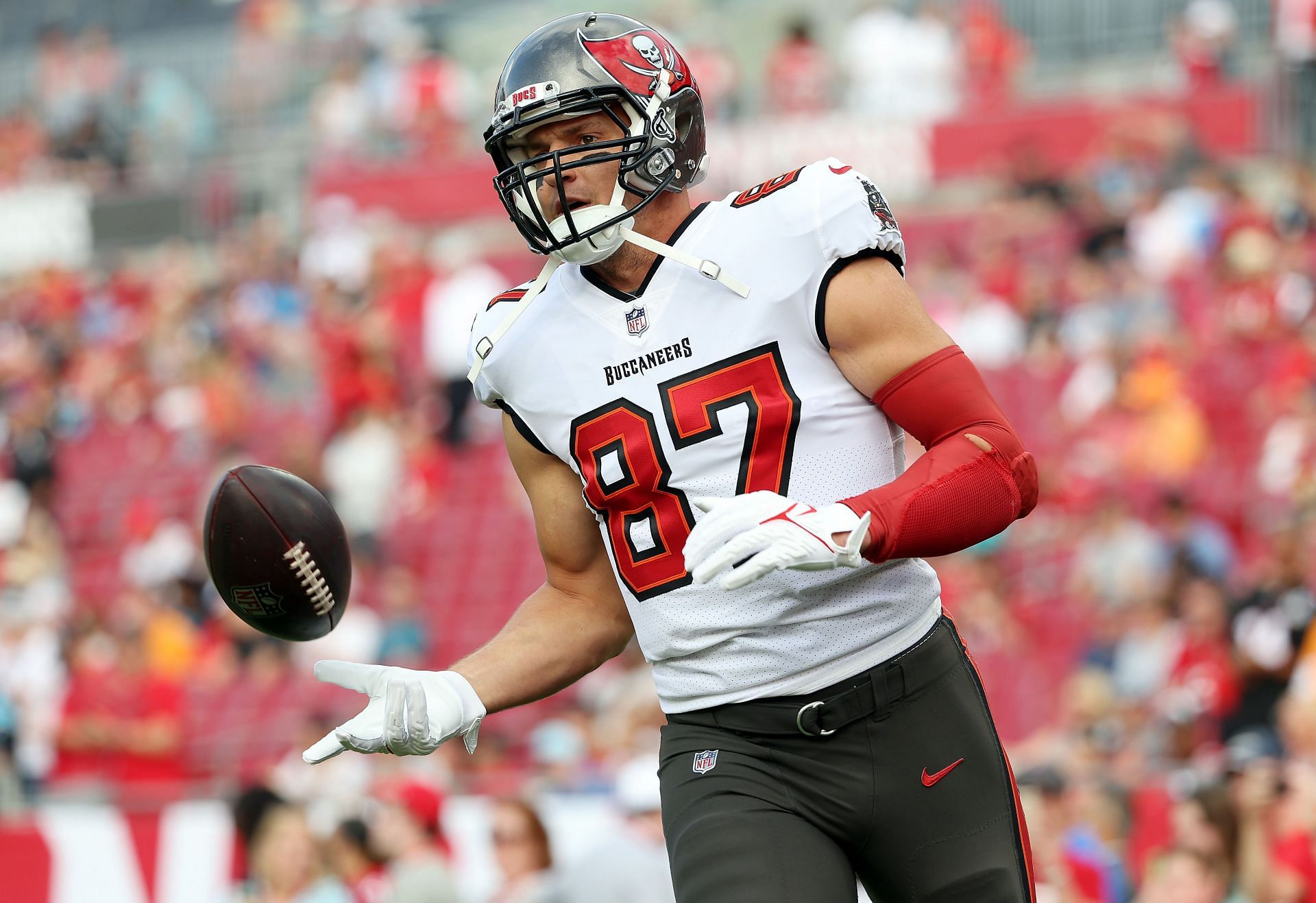